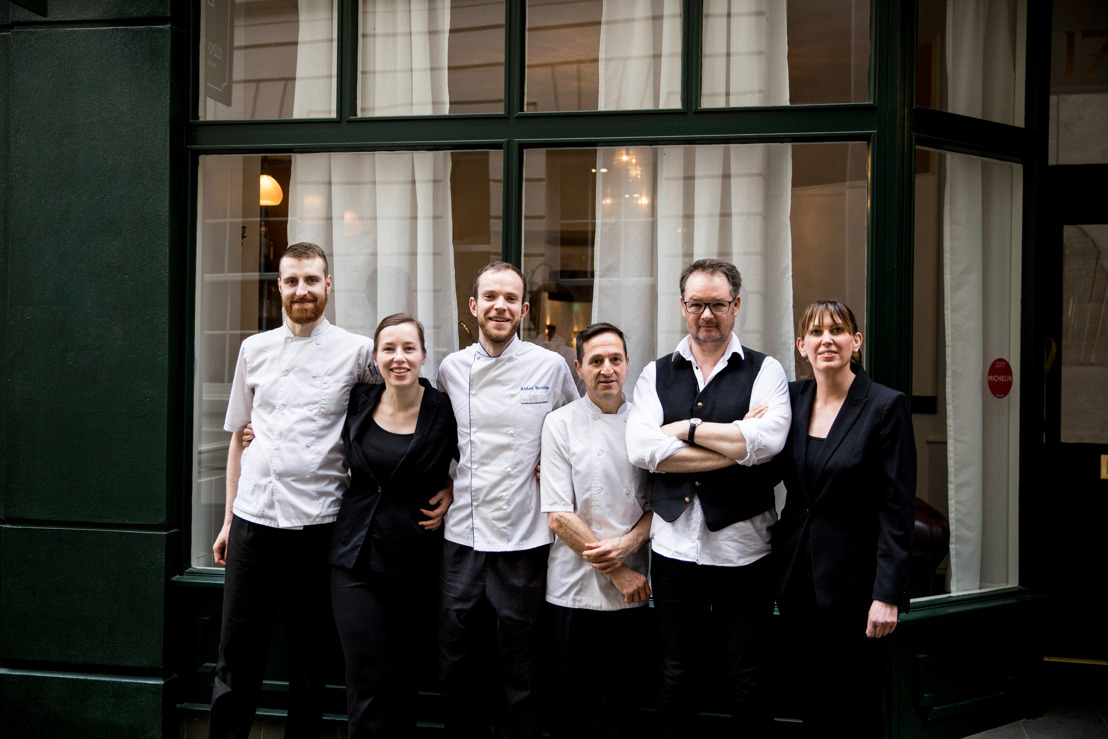 The announcement was made by the renowned Vegetables Chef®, Frank Fol, during the official release of the We’re Smart® Green Guide 2020, comprising reviews and ratings of nearly 1000 restaurants worldwide ranked from 1 to 5 radishes, according to the amount of vegetables they use in their dishes.

Traditionally held on the first day of The Week of Fruits and Vegetables 2020, the launch event for this year’s edition was exceptionally held online as a result of the COVID-19 crisis; a situation that is forcing the world to rethink its patterns of production and consumption. Against this backdrop, We’re Smart® World's “guidance and solutions for a healthy and better world” could not be more timely or relevant.

Culina Hortus in Lyon, France has been named as the We’re Smart® Best Vegetarian Restaurant 2020. The brainchild of the French culinary duo, Thomas Bouanich and Maxime Rémond and with the young and talented Adrien Zedda (26) as Chef de Cuisine, Culina Hortus is the new gastronomic address for haute - and 100% vegetarian - cuisine.

Frank Fol, The Vegetables Chef® and founder of We’re Smart®: “Adrien Zedda may only be in his twenties but he can still consider himself one of the finest vegetable chefs in the world. At Culina Hortus, he transforms vegetables into a veritable feast with exceptional creativity, resulting in refined, well balanced, healthy and above all delicious dishes. Well-deserved We’re Smart® Best Veggie in the World 2020 and a well-deserved 5 radishes!”

Adrien Zedda, Head Chef at Culina Hortus: “When I heard that we won the We’re Smart® Best Vegetarian Restaurant World 2020, I was very moved and proud. This award is a wonderful recognition for the whole team and myself. For the work we do throughout the year with a lot of commitment and love of our profession and customers. Like all chefs, I am passionate about the product I work with. In my case these are vegetables, in all their diversity, in terms of taste, color and texture.”

Vanilla Black in Holborn, UK has won the We’re Smart® Best Vegan Restaurant 2020. Vanilla Black was created by Andrew Dargue and his wife Donna Conroy out of a desire to challenge our conceptions not only of vegetarian cuisine but of food in general.

Frank Fol: “A fantastic demonstration that vegan cuisine can also be haute cuisine. The surprising combinations, textures and flavours at Vanilla Black – without a shred of meat to be seen – are enough to convert even the most staunch carnivore. The We’re Smart® Best Vegan Restaurant in the World 2020 with 5 strong radishes for Andrew Dargue and his team.”

Andrew Dargue, Head Chef at Vanilla Black: “As a team we are passionate about pushing the boundaries of cuisine using vegetables. This award is something which inspires us to push on and take the creativity further.”

Culina Horta and Vanilla Black are two out of nearly 1000 restaurants featured in the We’re Smart® Green Guide 2020 which is also being released on 4 May. Often named the reference guide of the plant based culinary world, the guide offers reviews and ratings of the world’s best vegetables restaurants where vegetables take center stage.

Frank Fol: “Each restaurant is ranked from 1 to the highly prized 5 radishes on the basis of its creative use of seasonal ingredients, the percentage of fruit and vegetable-based dishes on the menu and various other sustainability criteria. This year’s edition includes reviews and ratings for 178 newly added restaurants in 5 new countries, taking the total to 964 restaurants in 43 countries around the globe. An impressive 79 restaurants now boast the coveted 5 radishes rating, 23 more than last year!”

The other winners of the We’re Smart® Future Awards 2020 will be announced on September 21, including the new No. 1 vegetable restaurant in the world and the Innovation of the Year. Further, the We're Smart® team will announce the Best Vegetables Restaurant Awards in 13 countries.

In addition to the awards, there will be attention for two special topics in the culinary world: fermentation and airplane meals, among others with Sang Hoon Degeimbre, one of the best chefs in our country and the pioneer in the field of fermentation. In the 10 weeks before the award show, We’re Smart® World will gradually reveal the TOP 100 vegetable restaurants in the world.

We’re Smart® is the undisputed reference in the culinary world of vegetables. The brainchild of Frank Fol, the famous Vegetables Chef®, the organisation recognises the world’s best vegetables restaurants and chefs via the annual We’re Smart® Green Guide and We’re Smart® Future Awards. As such, We’re Smart® aims to encourage the evolution of society towards smarter solutions for our bodies, nature and the world.

We’re Smart® is the undisputed reference in the culinary world of vegetables. The brainchild of Frank Fol, the famous Vegetables Chef®, the organisation recognises the world’s best vegetables restaurants and chefs via the annual We’re Smart® Green Guide and We’re Smart® Future Awards. As such, We’re Smart® aims to encourage the evolution of societytowards smarter solutions for our bodies, nature and the world.